It’s Not That It’s Broken 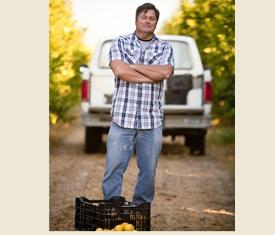 It’s Not That It’s Broken

I often hear that our food system is broken. I disagree. It is working the way it was intended, only better. In fact, it is working so well that it has itself become the problem.

Our system of subsidies and incentives in food production evolved over decades, but it did so with a very clear primary goal: More calories, less cost. It is hard to find a better example of a system that has evolved so successfully to fulfill its original purpose. But like Mickey Mouse’s broomstick in The Sorcerer’s Apprentice, our food system seems to have taken on a life of its own. An interesting historical irony: One of the incentives for the cheap calories policy was the discovery at the dawn of World War Two that a large number of applicants for military service were underweight. Oh, how things have changed. One of the leading reasons for disqualification among modern recruits: obesity. The system has done all that we asked and more. Too much more.

Why has this system been so persistent? Often the blame is placed on large agribusiness. They play a role to be sure, but they are as much a byproduct as a cause. They didn’t create the system; the system created them. By rewarding high volume and low price, our current food system is built to favor economies of scale above all else. The more centralized and homogenized a producer becomes, the better they compete. They grow more successful, and in turn they encourage the system to cater to their strengths. And so the cycle continues.

But the resiliency of this system isn’t derived from its multi-billion dollar benefactors. It is the simplicity of its mandate. More calories, less cost. Just try to find a more concise mission statement.

Today, we recognize that the choices we make about the food we eat and the crops we grow have a wide variety of consequences, both for better and for worse. The complexity of a diversified and sustainable food system defies the artificial simplicity of the present. Food is about so much more than cheap calories. The production, distribution, and consumption of food touches our lives in hundreds of ways. The simple equation of more calories, less cost may have made for a good mission statement. But it hasn’t made for good food.

There are signs that the status quo is giving way. As it does, we had better prepare for a much more chaotic food system. Without the stabilizing effect of cheap calorie policies, differing priorities will have to battle it out. Price will remain a major factor, to be sure. But now it will have to compete on a more level field with other factors that consumer’s value. What will they choose? Organic? Local? Flavor? Convenience? When farmers have new opportunities to compete on something other than price, what will they come up with? New crops? Better flavor?

We are nearing the ending of a very stable era in American agriculture. Its successor will be noisy. It will be messy. And not everything is going to work perfectly.

But I can’t wait.

*Check out Sayer’s latest e-book “Picking our Future: Essays on Food, Change and Farming.” To thank you for being part of the network we are offering you a discount upon check out, simply type in “WY83E” and recieve $1 off AND another dollar will be donated to ROC for each book sold.