ROC and ROC Projects in the News

ROC in print and on radio, TV, and the web.

COVID-19 Sparks a Rebirth of the Local Farm Movement

Ross Cannard is the son of an iconic leader in the local organic movement in California. “Iconoclastic,” Ross says with a chuckle. Bob Cannard built his 30-year career by rejecting organic certification in favor of his own “better than organic” breed of “natural process agriculture,” enriching the soil on his Green String Farm with crushed rock and compost.

He and his son have long sold the fruits of their labor to the famous restaurant Chez Panisse, where, since 1971, chef Alice Waters has pioneered an elegant cuisine based entirely on fresh, local foods straight from the farm.

You can read the full story in yes! Magazine.

In the coming days, our Legislature has the opportunity to pass a budget that would reduce hunger, improve health and support California agriculture. Assembly member Phil Ting and state Sen. Scott Wiener, both Democrats from San Francisco, each have put forward budget proposals that would dedicate state funds — in a year in which we have an ample budget surplus — to making healthy food more affordable for low-income Californians while also supporting California farmers.

This is in stark contrast to what’s happening in Washington.

You can read the full story in the San Francisco Chronicle.

Farmers Can Put Themselves On The Map If They Complete The U.S. Agriculture Census By February 5

The USDA Census of Agriculture is a giant data-gathering effort that happens once every five years. It collects information about who’s growing what, how much and where. The census also tracks the age and gender of farmers, and whether they are veterans. (Farmers, ranchers and livestock managers can submit the questionnaire by mail or online.)

Michael Dimock is president of Roots of Change, a group that’s backed efforts to boost access to local produce for low-income Californians. In Dimock’s view, it’s critical for smaller farmers, like those who sell at farmers markets, to be counted by the census.

“The agriculture census is critically important because it helps the USDA and Congress determine how resources given to the agency are utilized and distributed,” he says.

Dimock says the census data will have a ripple effect on what programs the USDA will fund, what loans it will give and what research it will support. 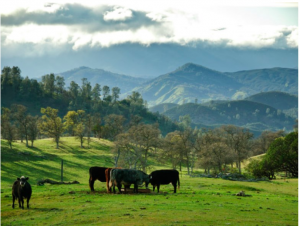 You can read the full story on Capital Public Radio. 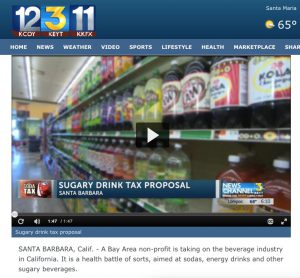 You can see the full story on Channel 3 News KEYT Santa Barbara. 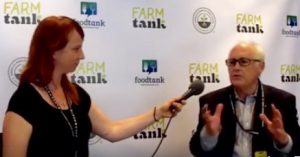 You can read the full story on Food Tank.

You can listen to the full story on Capital Public Radio.

Farm to Table Talk interview with @MichaelRDimock  related to the food movement (by Rodger Wasson).  What is it? How did it begin and grow? Where is it today? Michael puts the focus on the need for more effective policy work by connecting grass roots communities to policy organizations working the halls of capitol buildings across the land.

You can read the full story on Farm to Table Talk.

The Presidential Candidates Still Aren’t Talking About Our Food Supply

The food we eat matters for our economy, our health and our environment. Do Clinton or Trump agree?

If the two major party candidates for president care about our nation’s food supply, they certainly aren’t doing much to indicate that.

About six months ago, The Huffington Post sent a list of eight questions concerning food and agricultural policy to all the Republican and Democratic campaigns. We received no responses.

Since then, of course, the field of contenders has winnowed to Democratic nominee Hillary Clinton and Republican nominee Donald Trump. But when it comes to what the candidates have said concerning hunger, nutrition, GMO labeling or sustainable agriculture, little has changed.

Celebrity chef Tom Colicchio says he thinks the candidates’ virtual silence on these issues is unacceptable, but it’s not surprising given the tone of the race.

You can read the full story in the Huffington Post.

At least 22 cities, from Baltimore to Denver, have created leadership roles for change-makers focused on food.

Standing at the front of a dimly-lit room inside the National Western Stock Show, a sprawling complex on the north end of Denver, Blake Angelo, the city’s food systems development manager, invited a roundtable audience to speak up about the changes they want to see in their neighborhoods with regard to food. The room was filled with residents of nearby neighborhoods that are predominantly Hispanic, low-income, and where fresh food is hard to come by, and the opinions ranged from support for local entrepreneurs to rejecting big-box stores as the solution to their food desert problem.

Citywide, one in six people is food-insecure, but as in other cities, some communities face more acute challenges than others. Nearly half (49 percent) of the low- to moderate-income Denver neighborhoods lack convenient access to grocery stores. In the larger metro region, about five percent of the population is low-income and has little access to healthy food within a mile from home; in Elyria-Swansea, one of the nearby neighborhoods, that number jumps to 70 percent.

You can read the full story on Civil Eats.

Ten Questions with Michael Dimock, President of Roots of Change

Food Tank had the chance to speak with Michael Dimock, President of Roots of Change, who will be speaking at this year’s Farm Tank Summit in Sacramento.

Food Tank (FT): What inspired you to get involved in food and agriculture?

Michael Dimock (MD): The realization in 1988 that the food system was the foundation of civilization and that if we did not get it right in terms of sustainable principles and practices, nothing else really mattered, because the human pursuit of sustenance was destroying the resource base and exploiting developing nations and the people that work the land.

You can read the full story at Food Tank.