Food and Farm Changes Afoot, Your Chance to Weigh In 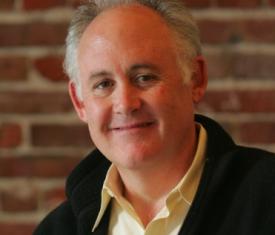 Food and Farm Changes Afoot, Your Chance to Weigh In

There are big changes in food and farming happening at the highest levels of California government and this is your chance to weigh in with your opinions.

First a bit of background about the players – the two most powerful State government entities focused on food and farms. The California Department of Food and Agriculture (CDFA) provides valuable services to Californian producers, merchants and citizens while protecting and promoting California’s agriculture.  The State Board of Food and Agriculture is made up of fifteen members appointed by the Governor from California’s agricultural sector who advise the governor and CDFA’s Secretary on agricultural issues and consumer needs. Over the past 20 months these two groups have worked with a broad spectrum of interests to consider systematic changes that will ensure a healthy and prosperous California. This project is called the California Agricultural Vision – Ag Vision. The process has been managed by the American Farmland Trust, but led by Secretary AG Kawamura, State Board President Al Montna, and State Board members Luawanna Hallstrom and her predecessor in the work, Karen Ross, who is now Chief of Staff to USDA Secretary Tom Vilsack.

The Ag Vision began in 2008 when seven hearings were held up and down the State to engage the public in a thorough process to address their needs and concerns.  Hundreds of aggies, enviros, farmworkers, food access and good food advocates weighed in with recommendations. From their testimony three goals emerged: 1) better health and well-being by meeting the nutrition needs of California’s diverse population; 2) a healthier planet through agricultural stewardship of the natural resource base upon which California and food production depends; and 3) thriving communities where food production is a driver of sustainable economic growth.

Uniting the various sectors of agriculture has been no easy task. In a second phase of the work, The American Farmland Trust hired Ag Innovations Networkto guide 90 leaders from the state as they crafted a set of actions for Ag Vision. Three all-day retreats rendered a laundry list of actions that were prioritized and sent to a smaller working committee, upon which I serve. Agreement on short-term priorities was reached by the Committee. On June 30, the State Board accepted five priorities: 1. Smarter Regulation of Agriculture to Improve Environmental Quality; 2. Better Food Access for California Families in Need; 3. Resource Stewardship and Conservation for Long-Term Sustainability; 4. Fairness to Agricultural Workers and Employers; 5. Regional Food Marketing Opportunities. These final recommendations will be delivered by the State Board to the next Governor, but before we move forward CDFA seeks further public comment. Submit your thoughts, recommendations and criticisms to support and strengthen policies guiding California food and farms; make your voice heard today by clicking here.

The Ag Vision is a momentous accomplishment for three reasons. First, CDFA and the State Board initiated the work. They have never ever before considered the long-term sustainability of the system as a whole. Second, these entities successfully enticed the largest mainstream production groups like the California Farm Bureau Federation; Western Growers, Western United Dairymen and the California Cattlemen to engage in a process where they would not be in control and would need to share power over the future prospects of their industry. I commend the leadership of all these organizations for accepting the challenge. Finally, in the final stages, when priorities had to be finalized and recommendations defined, alternative views and voices were kept in the process and flexibility was shown. Sue Sigler of California Association of Food Banks, Eric Holst of Environmental Defense Fund, Paul Muller ofFull Belly Farm, and Ashley Boren of Sustainable Conservationwere great advocates for issues and concepts central to the sustainable food system agenda.

The Ag Vision process was one source for the ROC network policy platform, which you will hear much more about in the following weeks before we formally launch our policy campaign at theROC Network Summiton Oct. 6-8 in Los Angeles. Both Ag Vision and the ROC network platform seek transformative changes to the food and farming system. Through the support of Ag Vision, the ROC network has an opportunity to build unity with farmers and ranchers.