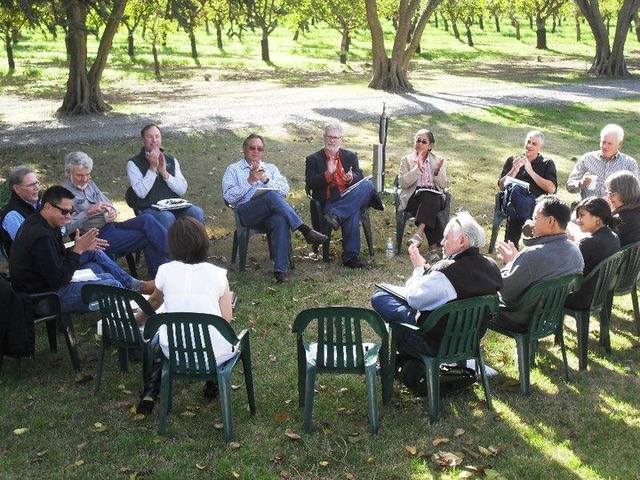 The final Pulse and Flipping the Table podcast of 2022 look back on what the ROC team has learned about movement building to make change. Twenty years is a long time for a nonprofit to exist. That is how long it’s been since the Roots of Change (ROC) Council was formed, which was the group of advisors who launched the organization. I recently read an article that clarified over 50% of chartered nonprofits “fail or stall within a few years.” Among the reasons for failure are: unrealistic mission; lack of guiding values or a strategic plan; poor fiscal management, and unwillingness to cooperate with “competitors” or evolve with changing conditions. ROC’s philanthropic founders and Council built a firm foundation with a vision, values, plans and start-up funding. We have consciously evolved to meet the moment ever since. A quick review of ROC’s journey provides one example of how movements mature and grow.

It is in ROC’s DNA to use systems thinking when defining actions designed to transform the entire system. My first realization upon taking the helm in 2006 was neither ROC nor the few organizations working in the space had the capacity to transform the entire system; we needed an army of allies. We launched early projects like the ROC Fellows; Changemakers Day and the Food Declaration (as co-sponsors of the Slow Food Nation event); the California Market Match Consortium; Urban-Rural Roundtables in San Francisco, Los Angeles and San Diego; the Foodshed Summit; and formation of local food system alliances and policy councils. These projects and our link to the WK Kellogg Foundation’s Food and Society Program built working relationships across the state and nation. We called it knitting the network and it revealed how we could scale change based on synergy building that has lasted to this day.

By 2010, the team realized network knitting was not enough. ROC had to link with more statewide and national allies holding focus and expertise in other areas. We had to hone our expertise in a specific area that would add to the movement as a whole. Our team reached out to many in the state to map the entire system to find the high leverage points for intervening.

Two big lessons emerged. First, we needed to even the economic playing field between production systems and food that healed humans (eaters and food chain workers) and the biological world (including livestock) and production systems and food that degraded humans and the biological world. This could be done by reducing subsidies for industrial systems and the resulting bad food while increasing subsidies and research for sustainable and organic systems and good food. Second, the first need made clear ROC had to work in the policy realm, which was a place where too little change was happening. This was in contrast to the media where an awakening to food system challenges had sparked a new kind of cultural discourse about food and agriculture, greatly accelerated by the 2008 Slow Food Nation event hosted by then Mayor Gavin Newsom in San Francisco. The marketplace was also advancing as evidenced by sales of organic and local food, which were growing faster than other segments of the food and ag sector.

These lessons led ROC to propose to Food and Agriculture Secretary Karen Ross that it was time to form a California Food Policy Council. She and Health and Human Services Secretary Diana Dooley hosted a meeting to test our proposal. Eighty activists from across the state packed into CDFA’s largest meeting space and provided a resounding endorsement of the idea. By 2012, with funding and staff support from ROC, the California Food Policy Council (CAFPC) was up and running. By 2013 ROC and the CAFPC began publishing annual reports on the success or failure of Legislators and the Governor to make policy change. ROC began to propose new policy and organize campaigns in collaboration with allied organizations and their networks to support those proposals. In this period, we began work to become trusted allies to communities of color by working with The People’s Institute for Survival and Beyond and Fierce Allies. The Peoples Institute’s excellent orientation on America’s racist history and Fierce Allies’ rigorous trainings on how to cross the boundaries of race and privilege transformed our work and broadened our network further.

Through our policy work, ROC has won some campaigns and lost others. We have never won a statewide tax on sugary beverages, which contribute mightily to the epidemic of Type II Diabetes that costs the state $40 billion per year. We failed once to pass the Small Poultry Producers Protection Act and twice to pass the Health Equity and Racial Justice Fund. But ROC’s work with networks like Wholesome Wave, Fair Food Network, Latino Coalition for a Healthy California, United Food and Commercial Workers Union and the Food and Farm Resilience Coalition, did spawn creation of the USDA and CDFA nutrition incentive programs; California’s Grocery Workers Protection Act and Healthy Stores Refrigeration Grant Program, and most recently $2 billion in California investments in climate smart agriculture, farmworker housing, healthy food access and food hubs.

The lesson is obvious. The good food movement, like any movement, gains its power to make change by unifying goals and actions from a large number of networks that share animating values and visions. I am extremely buoyed by the emergence of the California Food and Farming Network (CFFN), of which ROC is an active member. CFFN may have finally cracked the code of how to align long-oppressed communities of color focused on racial, worker and food justice with the mostly white and more privileged sustainable, small, local and organic farming advocates. This coming together promises more ability to achieve the vision of a just, humane and regenerative food and farming system that delivers human and ecological health based on the belief that good food is a human right, not a privilege enjoyed by some.

ROC has specialized as it matured and became a better ally as a result. Our primary foci in the coming years will be to

2) protect farmworkers and agriculture from the devastations caused by extreme heat, drought and fire; and

3) knit together and accelerate the myriad regional food system development efforts that will create food supply chain resilience, economic growth and healthy food access in an age of climate, epidemiological and technological disruptions.

And we will always work to connect different actors that can add to the movement. Success depends on diverse skills, perspectives and networks that are grounded in specific communities where lived experience links demands to authentic needs. Power comes from the ground up.

As you will hear in this week’s podcast with four individuals who have been instrumental in our accomplishments, many of us who worked in the good food movement early on were inspired by a thought first popularized by architect and author William McDonough and organizational consultant and author Margaret J. Wheatley. In similar phrases they were saying, “the fastest way to heal a broken system is to reconnect it to itself.” The food system has been broken and the good food movement has been knitting back together eaters, farmers, ranchers, food entrepreneurs, media outlets, researchers and policymakers. I believe such reconnecting contributes to healing our polarized society. The need and desire for good food connects us all. The secret to success is a vision of a healthy world for our children. A healthy world will emerge from real justice and stewardship that reverses the degradation of nature, human health and rural economies caused by the illusion of cheap food. Although we must do more to share that vision and win support, with each passing year the evidence indicates we are steadily making progress.