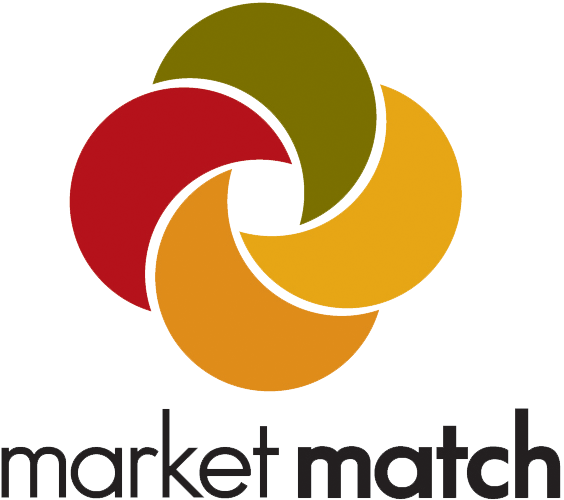 When Allison Miller lost her job as a server at a restaurant that closed last summer, she wasn’t sure how she would make ends meet while living in San Francisco, one of the most expensive cities in the country.

Surviving on unemployment benefits, she was able to qualify for CalFresh, funded through the federal Supplemental Nutrition Assistance Program (SNAP), AKA food stamps. Although she had limited resources, she wanted to continue to buy her produce at the farmers’ market, where she had developed strong ties with local farmers.

“I use my benefits at the farmers’ market because I’m getting food directly from the farmer, rather than at the grocery store, where it could be third or fourth hand,” says the 23-year-old Miller. “I try to use my benefits here because it’s more beneficial here, but every month I barely make it work.”

For 47 million Americans, SNAP is vital to putting food on the table. More than 50,000 San Franciscans currently receive benefits, which is only half the number of people that are currently eligible, according to the San Francisco Food Security Task Force. To qualify for SNAP, a single person must have a gross monthly income of $1,211 or less. A household of four must earn less than $2,498.

While the USDA recommends that Americans fill half their plate with fruits and vegetables, federal SNAP guidelines do not distinguish between fresh and processed foods. The cheapest but least healthy foods, such as soft drinks, candy, and chips, are often the go-to for low-income shoppers trying to buy enough calories to feed their families. One-third of adults and 17 percent of children in America are obese, and low-income people are especially vulnerable.

But thanks to the matching programs offered at farmers’ markets around the country, an abundance of fresh fruits and vegetables will be within reach for a lot more low-income families.

Started in California by Roots of Change in 2009 and now administered by the Berkeley-based Ecology Center, Market Match is California’s healthy food incentive program. It aims to improve the health of low-income communities by incentivizing shoppers to buy produce at farmers’ markets.

Here’s how it works: A farmers’ market shopper uses their Electronic Benefits Transfer (EBT) card—the digital form of food stamps—and receives tokens to spend in the market. Their tokens are doubled dollar-for-dollar (often with a cap of, say, $10 per market day) with Market Match tokens to purchase fresh fruits and vegetables in the market. By taking out $10 in benefits, a CalFresh shopper now has $20 to spend.

The need for assistance is great, and with additional Farm Bill funding on the way, farmers’ market nutrition incentive programs are sprouting up around the country. Through Ecology Center, 153 California farmers markets already offer Market Match; this year the program generated 46,000 transactions that served thousands of families and over 1,000 farmers.

“We talk about Market Match in terms of a triple win,” says Carle Brinkman, Program Manager of the Farmers’ Market Access & Equity Program at the Ecology Center. “It’s a win for low-income shoppers [whose] buying power is increased. It’s a win for small and mid-size farmers, increasing their take-home revenue.”

Last but not least, it’s a win for the local economy and community. Brinkman explains, “SNAP dollars are federal dollars that are coming into the state, then there are incentive dollars on top of that. All of that helps to stimulate the local economy because the producers selling at farmers markets are local, keeping those dollars in state.”

With the proven success of the program, the Ecology Center plans to expand Market Match to 180 venues in 2015, including CUESA’s Ferry Plaza farmers’ market, where CalFresh shoppers already spend more than $10,000 annually.

Bringing Families and Kids to the Table

Working mother Jennifer Hamlin started shopping at the Ferry Plaza farmers’ market when she became pregnant with her son, Joseph, now nine years old. As a Mary Kay Cosmetics consultant and online student, she says CalFresh benefits have allowed her to purchase fresh produce at the farmers market even when times are difficult.

“I suffer from obesity, and I didn’t want my son to deal with the situations that I dealt with over the years,” she says. “Even if I am on aid, I still want quality food for my son and me.”

Jennifer believes that getting to know the farmers personally over the last 10 years has been instrumental in raising her son to love fresh fruits and vegetables like raw spinach, which he enjoys without any dressing.

The market community has also helped to create a healthy support network for her and her son. “I’m a single mother, so the relationships that we have formed at the market have been important for us,” she says. “My son knows the vendors by name. There’s an educational value in him knowing, ‘Hey, I know the guy that grew this.’”

Hamlin says the Market Match program would allow her to stretch her healthy food dollars at the farmers’ market that has played a vital role in her family’s well-being. “I don’t get that much in food stamp benefits. I squeeze out as much as possible,” she says. “At the end of the day, all I want is food that I can trust, and that’s what I get at this market.”

Farmer Janet Brown at Allstar Organics has witnessed the many advantages of Market Match to both shoppers and producers at the Marin Civic Center farmers’ market, where the program is already being offered.

“It’s like a stimulus package to local agriculture, since the money can only be redeemed at farmers’ markets,” she says. “If someone takes out $10 in food stamps each week, that’s $20 they’ve committed to spending at the farmers market. That’s a big deal for everyone.” In 2013, Market Match generated $1.4 million in sales for California fruit and vegetable growers, and the Ecology Center projects $1.6 million in sales for 2014.

Equally important, Market Match introduces new shoppers to farmers markets, where they’re exposed to fresh and whole foods, the building blocks of a healthy diet. In California where at least 1.8 million households receive CalFresh benefits and nearly two-thirds of all children born are served by WIC, such exposure could be game-changing for a generation at risk for obesity, diabetes, and heart disease.

“This program is like preventative healthcare,” says Brown. “It brings everybody into the circle of local, sustainable, and organic. It will make a tremendous difference in the quantity and quality of food on the table for people who need it the most.”