Too small to survive, not too big to fail 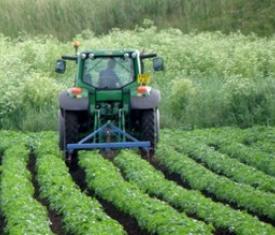 Too small to survive, not too big to fail

Small farmers have among the toughest financial rows to hoe in the nation. Over the past two years a steady stream of well-written pieces, like the one below from Civil Eats , “Quitting Season: Why Farmers Walk Away From Their Farms” (by Debbie Weingarten),  clarify for us all that our food system is broken. If our national goal were actually to deliver great food from farmers who love their land, their livestock and communities enough to be great stewards, we would have different policies in place.

The reality is that the richest farmers in the nation feed the poorest people. They supply industrial food factories and mass retailers that sell mostly unhealthy products. The poorest farmers struggle to survive while needing to charge relatively high prices to feed the richest segment of our society or those few families that receive food stamps in combination with matching incentive money so they can buy the healthiest and tastiest food. That is a glaring fact — the central challenge — that few politicians in Congress, city or county government and no President and no Governor yet been willing to face and act upon. Why not? Because it will mean taking on the lobbyists, industrial agriculture trade groups and food manufacturing companies that like the system as it is.

Our food system today allows terrible pollution of water and the degradation of soil, climate and endangered species. It subsidizes the large wealthy farmers the most and allows unhealthy food to be promoted and served to our kids and poorest families. It wastes nearly half the food produced. Until we become more strident and say “NO MORE,” our small farmers and ranchers — who love their work — will continue to fail in extreme numbers and our poorest families will continue to disproportionately die from diet related disease. Many farms are clearly too small to survive, not too big to fail. And that stark contradiction reveals an American misconception of what is important in the world.