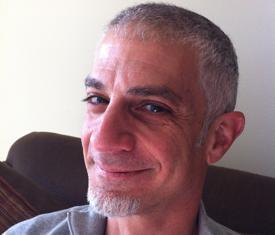 After a long Wall Street career that included time as a global research director at a major investment bank, even I was shocked to see our nation’s financial system come to the brink of collapse in late 2008.  As the dust began to settle I was compelled to look where similar danger might exist and was startled to find parallels in the development of our nations food system to some of the root causes of the financial crisis, namely

But when it comes to liquidity, while the immediate solution to a banking crisis is to print more money, printing more food stamps offers little benefit in a food crisis! Three years later the financial system is still in a precarious state and the solutions debated and enacted by Washington and Big Finance seem to be getting us no closer to restoring the long term health of that system. The level of complexity is immense but does it really make sense to rely on the same “experts” who failed to adequately respond to the problems in the first place to admit their mistakes, revolutionize their mindset and find the lasting solutions? I am not surprised that the Occupy Wall Street movement has spread so rapidly in just a matter of weeks. It’s evidence we’ve reached a tipping point among ordinary citizens dissatisfied with their lack of representation in the political process and the top down solutions, debated and created by ‘experts’ and imposed from afar. It gives me hope that we’re beginning to see a much bigger conversation take place on how the financial system can best serve “the people” it was meant to serve. And the same must be said about our food system, which is why I decided to join the Stewardship Council at Roots of Change, a model-busting NGO/philanthropic intermediary working on public policy and programs that support the creation of a network of diverse stakeholders united by the vision of healthy, affordable, safe, just and ecologically responsible food and agriculture. The ultimate goal is a new mainstream food system for California by 2030.

At our most recent Stewardship Council meeting in Sacramento I found myself wondering how there continued to be a gulf between various groups involved in both good and bad aspects of California’s existing food system. Shouldn’t these groups be working much more closely together to build the new mainstream food system? Why are organic farming practices so often positioned in opposition to conventional farming when both types of farmers see sustainably fertile land and markets as paramount to multi-generational success? How is it that the goals of food justice activists are not identical to those of food systems activists – when the ordinary citizen doesn’t understand the difference between the two anyway? How can we move beyond expert-only debates to include the views of ordinary citizens who are demanding access to healthier food choices and feel excluded from the political process? Why aren’t all these groups working in concert to best understand and restructure a system that marginalizes and subjugates the views, aspirations, economic and social returns of the majority for the benefit of the few leaders of well connected mega corporations and their bought and paid-for representatives? As our work for the day ended, I walked across the street and into a park where Occupy Sacramento was holding its General Assembly. I noticed that all walks of life were present, respectful and deferential to each other, willing to give equal time to honest viewpoints. The discussions were being documented and the organizers appeared adept with social media to provide direct access to a large number of remote participants as well as similar happenings elsewhere. And what did they want? They wanted the truth about how our political economy really works and how a small minority could hijack it for their benefit at the expense of the many, now marginalized and disenfranchised? They also wanted the ability to teach and learn from one another in a public forum, protected under our constitutional rights to free speech and assembly. I heard one speaker say he believed that the current brand of representative democracy isn’t working and that this movement was the only chance he saw to engage in direct democracy. What’s so interesting is how this openness had created the space where seemingly opposing viewpoints could find common ground; where libertarians and liberals could deeply contemplate and respect each others values, seeing the unifying higher ideals and objectives through the veils of typically divisive labels.

The Occupy movements around the country appear almost exclusively focused on Wall Street and Washington. However, the issues go way beyond money and politics to how we as a society of local and national identities come together in dialogue and action to re-engineer important systems, infrastructure and institutions to best serve the interests of the vast majority – the 99%. A guiding principal of the Occupy movement is that they see locally organized agendas and a horizontal organizational structure as far superior to one that is vertically imposed from afar, encouraging conversations within communities about the kinds of systems that best support the needs of those communities. In the last five years, Roots of Change has started a conversation among groups of farmers, labor, conservationists, food security activists, entrepreneurs, distributors, retailers, foundations, government officials, consumers and others about the type of food system that will best serve their needs and those of their communities at large. It’s time to take our conversations to another level. It is my hope to see the 99% gathering together to demand replacement of the current vertically imposed, industrially oriented national model. A strong, horizontally structured, regionally based food system, guided and regulated by broadly representative food policy councils can occupy California’s food system! That’s my vision how we will create the new mainstream California food system.  What’s yours?

Greg Ostroff, Stewardship Council, Roots of Change
A Wall Street veteran and former Co-Director of Global Research at Goldman Sachs, Greg’s nearly three decades of investment experience includes global equities; high-yield, municipal and sovereign debt; commercial real estate; angel investments and asset allocation.  He is an member of the Stewardship Council for Roots of Change and involved at other Bay Area foundations with related values.  At home, Greg is a devoted husband and father of four, health nut and backyard farmer.

(4) The Era of Small and Many; Bill McKibben, Orion Magazine, November/December 2011 (http://www.orionmagazine.org/index.php/articles/article/6491)