The Struggle Over Genetic Engineering and the Food Supply 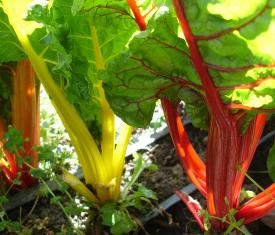 The Struggle Over Genetic Engineering and the Food Supply

As reported on August 18, by California Farmer, two university scientists, Alison L. Van Eenennaam of UC Davis and William M. Muir of Purdue, have criticized the federal government’s process for approving genetically engineered (GE) plants and animals. Their commentary published on August 5th, in the online version of Nature Biotechnology, focused specifically on “the regulatory review saga of AquAdvantage salmon, a fast-growing genetically engineered salmon.” They argue that the process has stifled private investment in a promising technology that will serve a hungry world because it is unfair, easily slowed by those with political agendas, and thus is nonscientific. These may be valid points, but they have missed the core issue entirely.

The heart of the problem around GE plants and animals is power, including potential for financial dominance and control over the food supply by corporations, which by law must think first about profits for their investors, not the needs of society overall. The ability to use patents to gain ownership of genetic material by a corporation and to sue those exposed to that material through drift or interbreeding creates a very scary dynamic for many observant people who think about the long-term health of our civilization.

Democracy formed to combat the concentration of power. Today corporations are gaining huge levels of power over government and thus eroding the power of democracy to protect the rights of individuals. As a close friend of mine often says, “Lobbyists vote every day on Capitol Hill. We the people vote every other year.” In fact, many now believe that corporations largely control the political process through their ability to secretly finance campaigns. Thus, many folks are rightly skeptical of corporate claims and products. Government is no longer seen as an objective arbiter or voice to confirm or deny claims of safety. Science is sadly caught up in this struggle to find a trusted voice.

A solution may be possible. First, the federal processes for vetting the health and safety of GE products needs to be revamped to be more transparent and to highlight its objectivity. All those participating need to reveal their funding sources and a third party of disinterested researchers from public universities, not funded by interested corporations, must be used to review studies and act as umpire in conflicts in findings.  Some will claim that the erosion of public funding for university research means “objective scientists” cannot be found in public universities. If that is true, we have a deeper problem to solve first and we had better get on it now. In order of priority, the strengthening of civil society by our universities should precede the strengthening of the marketplace for GE products. Trusted science is a vital need of civil society in a modern world.

Second, the law must eliminate the ability of a corporation to own genetic material through patents. It is not right that an “individual,” as corporations are seen under law, that thinks about profit first, above all else, should control the sources of life. Plants and animals have evolved for millions of years. When a company changes a few genes in a sequence and then claims to own that life form, it seems profoundly unfair, a rip-off from the commons. In lieu of a powerful and more long-term patent, perhaps genomics corporations could be offered a temporary and a narrower license to allow them to raise capital for product development and their market launch. Proceeds from licensing fees could be used to protect endangered species. The global gene pool needs protection because any species could be the source of genetic material that may one day offer salvation to millions or billions of people threatened by disease or starvation in the unimaginably long future that lies ahead.

Clearly, science has unleashed a tremendous power in its ability to genetically alter life forms. Rationally, many people question whether profit driven corporations should own life forms using only patent law to gain that ownership. It is no wonder that scientific processes have been politicized and delayed. Until we recognize that power is the core issue beneath the debate over GE plants and animals we will not resolve the stalemate. By eliminating corporate ownership of GE life forms and enhancing the process by which GE products are approved for release into the market, we may unravel the knot and ensure sound and trusted genomic science and a healthy food and agriculture for all.