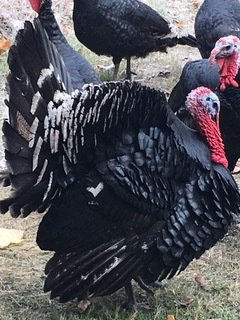 Thanksgiving is a profound holiday reflecting an American wisdom that has served us well. We rightly think of it as a day to feel gratitude for our blessings. We celebrate the abundance of nature and our social bonds by sharing a great annual feast. It is a wonderful tradition, my personal favorite. Yet, most of us are unaware that this special holiday emerged and evolved amidst our nation’s most troubled times.

Although harvest feasts date back millennia, the early European colonists launched the American tradition in the three decades between 1620 and 1650 as they struggled to establish settlements. Most of us remember that the Pilgrims and the Wampanoag Indians shared the first widely recognized Thanksgiving during the harvest of 1621 in Plymouth, Massachusetts. That day was both a gesture of thanks to their God and to the indigenous people who rescued the Pilgrims from starvation by sharing their knowledge of how to produce food in a new world.

One hundred and fifty five years later, the struggle of the Revolutionary War moved the Continental Congress to frequently declare days of thanksgiving. For example in 1777, Boston malt roaster and revolutionary, Samuel Adams, called for a day

“to inspire our Commanders, both by Land and Sea, and all under them, with that Wisdom and Fortitude which may render them fit Instruments, under the Providence of Almighty God, to secure for these United States, the greatest of all human Blessings, Independence and Peace.”

For most of that war our fledgling nation was losing. Our leaders felt the need to inoculate the people with positivity and faith in eventual victory. Days of thanksgiving seemed the correct antidote to despair.

A similar need to foster hope came in 1863 during the depth of the Civil War. In July not long after the tide-shifting battle of Gettysburg, President Lincoln declared the final Thursday of November as a day of “Thanksgiving and Praise,” to the divine for

“his tender care of all those who have become widows, orphans, mourners or sufferers in the lamentable civil strife in which we are unavoidably engaged, and fervently implore the interposition of the Almighty Hand to heal the wounds of the nation and to restore it as soon as may be consistent with the Divine purposes to the full enjoyment of peace, harmony, tranquility and Union.”

The Presidential tradition of declaring a Day of Thanksgiving continued from Lincoln through Franklin Roosevelt. Then in late 1941 as the woes of the Great Depression were replace by those of war, the Congress created the permanent and annual national holiday we know today. After the war America began its great ascent into affluence. The middle class saw huge economic advances that offered unprecedented choices and opportunities to improve their material existence.

Yet, our affluence has not saved us from again facing crises. Today there is quite a list: global warming, inequality, terrorism, mass shootings, opioids and diabetes. Not to mention a governance crisis not seen since… well perhaps never seen in its current form. In fact, it has been a painful year for those who value diversity, justice and nature. Consequently, I appreciate the wisdom of those who came before us and saw the restorative power of giving thanks at a time when feeling despair could be quite easy.

On Thursday, despite our time of troubles, I will celebrate. I am grateful for my family, friends and a vast community of allies. They see the need for a deep societal transformation and work toward it. The contrast before us makes it clear. Love is more valued when hate abounds, beauty and empathy more needed when ugliness and cruelty surround. At the table with family, I will fortify a hopeful vision by giving thanks for the many blessings I receive from compassionate people and bountiful nature.