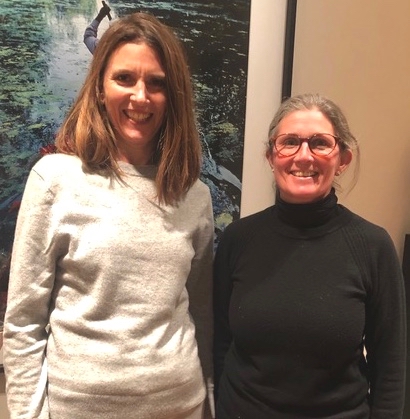 I am back in California after three weeks on the road. I traveled to southern Baja in Mexico to rest with three friends, then to New York and Connecticut to record eight podcasts for season two of Flipping the Table. In each place, I engaged in conversations about the present and future, the planet, politics, climate, economy, food and agriculture. I was with friends and strangers. Sometimes it was one-on-one, often in small groups. In all these contexts, whether formal or informal, I was struck by the beauty of people and the natural world. They gave me hope, increased my devotion, honed my work and filled me with gratitude at this trying moment.

I left for Mexico in the immediate aftermath of massive blackouts and another huge and destructive fire in Sonoma County where I live. My aged parents had to evacuate their home, then their hotel to escape the blaze. I too had to evacuate my home with friends who had evacuated to my place the evening prior. Tens of thousands of my fellow residents were climate refugees for a brief time. We all wondered what more trauma the future will bring.

As soon as the evacuations lifted and my parents returned to their home, I departed for Mexico. While I was there, members of a drug cartel murdered women and children and mass shootings occurred in California. While I was east, the Chinese government suppressed Hong Kong’s students as they stood to protect democracy. All the while, the US House of Representatives continued the impeachment inquiry to do the same. It felt like a bad dream.

One could become quite hopeless and depressed in such a time, but I did not and here is why. The beauty of nature and of people sharing, witnessing a common grief about the moment and commitment to a better future kept me grounded and on an even keel. In Baja, we four amigos walked beaches, watched birds, snorkeled with fish and seal pups and marveled at the greenness all around in the desert following a brief rain a week before we arrived. The uplifted rock islands we circled revealed geologic time, the myriad colors and life forms, the kind Mexican people, filled me with a sense of awe and a trust in the resilience of the natural world and human nature.

In the east, I reconnected with friends who are filmmakers, community builders, reformers of finance and international aid workers. I recorded conversations with inspiring chefs, regenerative farmers, dedicated food movement leaders and a holistically-minded, family physician. My long-time friend and colleague Ali Ghiorse and new friend and colleague Rachel Khanna hosted two events in which 20 plus people came together to talk about how regenerative food and farming are essential to a more inclusive and ecologically healthy world. These were Creative Conversations seeking sustainable solutions. Whether it was in those expertly facilitated conversations or over dinner with friends, the honest sharing from the heart reignited my enthusiasm.

A young urban farmer and change advocate from Bridgeport, CT, Ellie Angerame, who manages a community farm, brought me to tears as she shared her fierce dedication to social justice, to crossing the divides of race and privilege, to accepting less material comforts in order to cultivate healing of the planet and community. Ellie is my new hero, a confirmation of why I must remain in the struggle to heal the world through our food system. These moments of contact with those who do not flinch at the reality, who do not shrink from the need to become bolder and more committed to facing them, convince me that in 1000 years humans will look back with gratitude to ancient heroes who defended justice and ecological principles and pointed the way to a better future.

We live in a momentous time. We are called to heal the divisions between us and between our species and the rest of nature. We are all needed to lean in, step up and call in political leaders, to cultivate empathy, to use our purchases to birth a regenerative economy, and our civic energies to reknit the frayed fabric of our communities. In this season of giving thanks, I do just that for all those who are awake or are awakening and who hold to their aspirations for a better world and who act to create it.