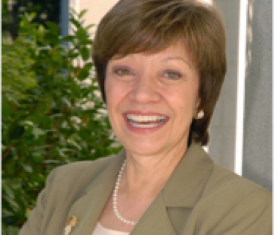 Important News –Governor Jerry Brown has appointed Karen Ross as Secretary of the California Department of Food and Agriculture (CDFA). She has most recently been Chief of Staff with the United States Department of Agriculture. As President of Roots of Change (ROC), I am excited for Ross’ appointment as Secretary since she has done so much to promote and support an agriculture and food system that is economically viable, environmentally sustainable and socially responsible.

For the past ten years Ross has been a strong supporter of ROC’s work to further a sustainable food system. She was an interviewee for The Vivid Picture: Envisioning a Sustainable Food System in California, former member of The California Roundtable on Ag and the Environment (CRAE), and participated in the California Ag Vision– a strategic plan for the future of the state’s agriculture and food system. In the last two decades Ross has proven to be major leader in California’s agricultural community. From 1989-1996 she was Vice President of Government Relations for the Agricultural Council of California. In addition, Ross served as President of the California Association of Winegrape Growers from 1996 to 2009 was an active member of the California State Board of Food and Agriculture from 2001 to 2009.

Welcome, we look forward to collaboration with you to support programs and policies in favor of healthy food and farms for all Californians.