Can California Save Its Salmon? 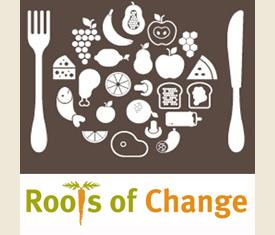 Can California Save Its Salmon?

Lately when I go to the fish counter at my local market, I’m overwhelmed trying to determine the most sustainable options for salmon, especially with all the conflicting messages out there about farmed and wild-caught. Farmed salmon live in contained waters with no connection to their natural environment. On the other hand, wild-caught salmon spend their entire lives in the wild and have the superior flavor that’s made them a favorite of fish eaters around the globe. Yet wild-caught salmon are facing an increased number of challenges for their survival.

We have demanded more transparency in our food sector and today, have greater awareness of where our foods are sourced, but the salmon dilemma symbolizes one of the ways that we, the consumers are still disconnected from the origin of our food and wild seafood sources. I doubt many Californians understand how the loss in our salmon population is due to man-made impacts. So how did it get this bad and how do we fix it?

To understand the current problem, we have to understand the complex reality of our food system in California. Every sector, whether it’s seafood or agriculture, is part of an elaborate “agroecosystem,” and problems in one sector can have repercussions in another. Our work at Roots of Change is focused on a systems approach, predominately on food systems that link to the land, yet our local farmers are similarly affected by issues that fishermen are dealing with, including pesticide run-off, urban development and soil erosion to name a few.

Current agroecosystem issues are often oversimplified for the public, causing us to misunderstand and disassociate ourselves from this complex reality, casting instead local fishermen and farmers as the de facto culprits. For example, local commercial fishermen aren’t always differentiated from industrial fishing operations and tend to receive the preponderance of blame for overharvesting salmon.Concurrently, responsible farmers are often blamed for environmental problems from irresponsible farming operations.

Ironically, the historical legacy between agriculture and fishing is where we can pinpoint the nexus of today’s problem: California made a choice between developing its urban centers and industrial agriculture versus maintaining its free-running inland waterways (i.e. rivers and creeks). The choice was made to sacrifice the health of its fish ecosystems because the alternatives were believed to be worth the price, and that decision haunts us today.

The significant historical overlaps between agriculture and wild seafood in California began with the manipulation of its inland waterways in the early 1900s. California’s water was viewed as much more valuable to divert for urban and agricultural development than be maintained as salmon runs; and water management has always been thought of in much the same way as other natural resources—as a limitless bounty.

After the development of the state’s water projects in the mid-1900s, dams and other man-made encroachments inevitably shrank the spawning areas of salmon and devastated their habitats. Salmon rivers have certain characteristics that are key to their survival: a healthy ecosystem of clean, quickly moving waters with plenty of forest cover to keep the waters cool and protected. But with dams blocking these routes, the salmon population entered a crisis and a new solution was needed. The emergence of hatcheries and fisheries in the 1960-70s was an attempt to provide fry or young salmon a place to grow and a chance to survive. Unfortunately, it also established a seafood-farming model that increased demand for a fish that isn’t efficient to farm. (The history of salmon farm fishing is too nuanced for this discussion and is better detailed in the book Four Fish.)

The appropriation of abundant amounts of water and the creation of 1,400 dams transformed California into a “cornucopia,” the largest agricultural state in the U.S. using an industrial model of food production that feeds the nation. Many champion our engineering of this type of food model and a false seafood-farming model that has replaced the natural one, but there are dangers with these types of systems that are playing out today.

There are less and less large-scale farm operations that benefit from the current system. Most California residents, including small to medium-size farmers, don’t benefit. Industrial agricultural practices on land are the leading cause of water pollution. Pesticides and concentrated animal feeding operations (CAFOs) are contributing pollutants that dump into our streams. Soil erosion occurs in rivers and creeks that abut farms, degrading water quality for other uses and contaminating salmon spawning beds.

Ultimately, Californians are losing the quality and quantity of our salmon to a destructive agroecosystem, but these dam structures guarantee water to Southern Californian residents and Central Valley farmers. Without sacrificing their homes and livelihoods, how do we fix it?

Although fishermen are often villainized for our salmon woes, many of our local fishermen are in fact heroes, working to restore the riparian waterways through cooperative efforts with local farmers to protect fish ecosystems and promote restoration efforts. Pietro Parravano is one such example, a Half Moon Bay fisherman and Stewardship Council member of Roots of Change. As Board President of The Institute for Fisheries Resources, Pietro and other fishermen are working to incorporate a restoration strategy of both terrestrial land habitat of salmon as well as ocean habitat, which includes targeting dams that block salmon runs.

Fishermen are the ideal stewards because they understand fish and their environment best, as do farmers regarding the health and management of their land. Farmers many times volunteer to make restorative changes to creeks and rivers on their property and at their own expense. Their livelihoods depend on the environmental health of our natural resources and continued bounty of food.

Tiburon Salmon Institute (TSI) is another hero, an organization raising salmon in their natural habitat to then be released into the wild. TSI works to preserve the wild salmon and trout stock in our oceans, fast becoming scarce due to consumer exploitation of this food source. Most importantly, TSI empower and educate youth to save tomorrow’s salmon.

So if fishermen can be heroes, then California’s salmon story needs a villain. Perhaps we the consumers of wild salmon are the villains if we don’t balance our consumption of salmon with other local seafood. Perhaps it’s the industrial farming operations because they often profit from an exploitive production model. Then again, the dams were built and water diverted as much for the cheap electricity and water needs of California’s residents as for agribusiness. Maybe there are no villains, only victims of choices made before many of us were born to mold our state’s natural ecosystem into an industrial system that was seen as beneficial and limitless at the time.

This is the story rarely told to us consumers, partly because it doesn’t lead to a simple cure-all like a consumer watch list that tells us what fish to buy. Solutions to such issues are rarely that simple, especially ones that take humans out of the equation—or the natural food system. We’re left with a false paradigm of an agroecosystem that pits fish against farms and justifies creation of a food system that leads to the destruction of environmental and human health.

What we can do instead is focus less on culpability and more on accountability in saving a quickly disappearing species by sharing water resources and protection efforts. More resources for consumers are popping up to trace your fish from ocean to plate: Thisfish app, local databases and Smart Seafood Guide. There’s a burgeoning food movement, you can join it: Food Movement Rising.

It’s important to vote with your fork, but it’s not the only solution. We must support those advocates who have the knowledge to help us reverse the legacy that got us here in the first place, and who help frame solutions to our problems with the principles that we want in our food system—diversity, resiliency and relationship building with our farmers and fishermen. Consumer support of organizations like Roots of Change, The Institute for Fisheries Resources and Tiburon Salmon Institute is a good place to start.

And we must do so before it’s too late. To heed the words of Four Fish author Paul Greenberg:

Only in retrospect and in the face of steep declines do humans smack their foreheads in dumbfounded realization and reach out, Lorax-like, for the last vestiges of wild salmon slipping from their outstretched hands.

1.     Cadillac Desert: The American West and Its Disappearing Water by Marc Reisner

2.     Four Fish: The Future of the Last Wild Food by Paul Greenberg

3.     The Great Thirst: Californians and Water-A History by Norris Hundley