California’s Food System. Where Is It Headed? 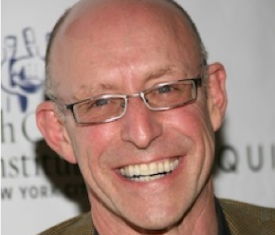 California’s Food System. Where Is It Headed?

Roots of Change (ROC) president, Michael Dimock, had the pleasure to interview one of the leading figures in the food movement, Michael Pollan. Pollan is the author of several well-known books such as The Omnivore’s Dilemma: A Natural History of Four Meals and Food Rules: An Eater’s Manual. He has changed the way Americans view their food and has promoted local food systems throughout the country. During this interview he discussed his thoughts on the future of California’s food system and ROC’s policy proposal, the California Healthy Food & Agriculture Platform.

Where is California Today?

Dimock: Okay, you there? Let’s begin.
Pollan : Well, California’s in a very special place and potentially in a very advantageous place because so much of what the Good Food Movement is about is getting people to turn away from, essentially the products of processed corn and soy to real foods- to whole foods, which we call in the states specialty crops.  So to the extent that the American diet is reformed to reflect what we understand about the importance of fruits and vegetables, whole grain- California stands in a position to benefit from those national changes. I think that that’s one of the opportunities in all of this for California.  We just happen to grow a lot of the stuff that people are now hearing they need to eat more of.  And there will be incentives for fresh produce.  Now there’s also, of course, the countervailing force of people who are going to want to eat locally to their own areas.  And one of the things I think California has to be willing to give up in this national discussion is their insistence that people growing corn and soy not grow specialty crops.  Because right now, you know, there are corn and bean farmers in the Midwest who would really like to put in a couple rows of tomatoes.  Or grow into- you know, sell into a fresh food market there and they’re prohibited from doing that under current rules.  So I think that that’s something if we really are concerned about the public welfare, we have to take another look at.
Dimock: Okay.  So what you’re talking about, is the fact that California could benefit from the change in federal rules around how agriculture works in the United States.  Then we will have to give up some things, if we do it.  As you may know ROC has recently developed a legislative platform for California’s food system. We plan to use California as a testing ground.  So this platform we developed is actually for the California legislature.  And it’s meant to inform and kind of model what could happen at the federal level.  So we’re basically organizing at two levels.  We’re organizing here in the state and we’ve done a lot of work with legislatures to get them to buy into a series of hearings in Sacramento around this platform we’ve created.  Do you think California at this time is a financially and politically broken?

Opportunities to renew our food system

Pollan: Well in some areas yes and in some areas no.  I mean I think California is often looked to in good times or bad as a leader on various issues, especially in terms of reforming regulations, reforming incentives and, you know, this has certainly been true around air pollution and may or may not be true after this election in climate change policy.*** I think you have a receptive audience if you were to try something new here and it worked.  Let’s say a sugar tax, for example.  Somewhere, some state, some municipality is going to give that a serious test. Who knows if it’s going to work but would taxing sugar or high fructose corn syrup or whatever, actually affect the rates at which people drink soda and, in turn, obesity rates.  I think as a proposal it’s further along in this state than it is in some other places.  And so, you know, those kind of ideas- medical marijuana is another example.  I mean we don’t think of that as an agricultural issue, but it is.  You know, California is going down that path a little faster than a lot of other places, but other places are following.  In terms of agricultural policy, per se, it’s hard to see how that would work because California is so different than the system with which our federal agricultural policies are concerned.  You know, California is not- is less dependant on subsidies than the rest of the country, so that agricultural policies at that level- I don’t know.  I don’t know that people in Washington would necessarily see them as relevant.  I think on the consumption side, definitely.  I think on the incentive side, you know, things like voucher programs, which I think will work better here than a lot of places- yeah, California has the potential to lead.  But I think you have to pick your spots.  You need to figure out, “What can we do that is relevant to the rest of the country?  And what is specific?”  because there’s so many things about California agriculture that are anomalous.  You know it’s twelve seasons- it’s twelve months of the year, it depends on irrigated water.  California farms like to think of themselves as independent of the federal government.  And, you know, as much as that’s a lie in California, people don’t even entertain the lie in Iowa or Illinois because they recognize their dependence on federal decisions. I think that California can lead the way in certain areas and not in others.  And this idea of, you know, either stigmatizing certain unhealthy foods or creating incentives to buy fresh produce- those kind of areas, I think, is a great place to test- partly because we do have a twelve month farmer’s market season here.

Dimock: Currently there really aren’t any incentives around environmental stewardship. I mean the federal government has, you know, some policies in place.  They don’t appropriate in a way that really drives it as far as it could go.  Do you think there’s some need around the stewardship piece?
Pollan: Yeah, there is.  I think one of the key- the key larger reforms we need is that we’ve always had support for farmers, at least since the New Deal.  The question has always been, “What are we getting from our farmers in exchange from that support?”  For a long time all we wanted from them was an abundant source of calories and they- and they did that.  And that’s what the incentives were set up to do.  Now we recognize we need something else.  We need high quality calories.  And we need environmental stewardship.  So the question is how do you redo the incentives to the farmers?  If you are going to be paying them, what are you- what are you going to ask from them?  Or putting it in even a more positive language, how do you enlist farmers in solving some of the major problems facing our country?  And I don’t know what the mechanisms are, but imagine if, in fact, you rewarded farmers for how much carbon they sequestered in their fields.  That would have a very positive effect on agronomy.  It would probably lead to more diversification, more cover cropping, all sorts of things.  So, yeah, something like that you could experiment with here.  And that would apply everywhere, although it works a little differently in different crops.  I think figuring out the carrots- very, very important.  And if we can innovate around those kind of things I think- I think there would be potential to set some- you know, set a course for people nationally.

The rise of the Food Movement

Dimock: So I have one last question about the Good Food Movement. You know, I think we’ve talked in the past about the fragmentation or the lack of, you know, kind of leveraging the potential cohesion and impact.  What are your thoughts about that?  I mean that’s really one of our goals is to help bring more folks into collaboration around key issues or activities.  What- have you been thinking about that lately?  What’s on your mind around that issue?
Pollan: Well, you know, there’s- there are many different drivers that you could imagine profoundly reshaping agriculture in this country.  The environment is one.  Peak oil is another.  And the public health crisis is a third.  And I don’t know which is gonna lead the way but my sense is public health is now the most important driver.  So I think that there is terrific potential for the food reform movement to make common cause with health insurers and the healthcare industry more generally.  And that, we are, you know, with healthcare reform- the old strategy on the part of health insurers which is essentially throw at risk policies- throw at risk people out of your pool and keep them out of your pool, is no longer gonna work very well.  These health insurers are gonna be responsible for these people’s health, for their weight, for their- whether they get Type II diabetes.  And they will recognize very quickly- and I think some of them already have- Kaiser, United Healthcare- that they have a very strong interest in the American diet and that a strong interest in the American diet means a strong interest in American agriculture.  So I think that there is a powerful new ally coming on the scene very soon.  And reaching out to that community and suggesting what, you know, what can be done at the level of agricultural policy to influence the way Americans eat, to make healthy food more accessible, to make good choices more possible in the supermarket.  I don’t think the food movement has ever had such a powerful ally as they’re about to get.  So I see enormous hope there.  It was no accident that the very first hearing that the House held on the farm bill in Washington was about agricultural policy and health.  That’s a new conversation and I think that that could drive some very positive changes.
Dimock: That’s great.  Well, thank you, Michael.  Really appreciate it.

*** EDITOR’S NOTE: Proposition 23 was defeated in the November elections. The bill was intended to suspend the California Global Warming Solutions Act (AB 32) until the state’s unemployment rate dropped below 5.5%, a conditional that was likely to halt the implementation of AB 32 indefinitely.  AB 32 mandates a reduction in greenhouse gas emissions to levels typical of the 1990s by 2020.