An Awesome, Under-Recognized Opportunity to Act on Climate 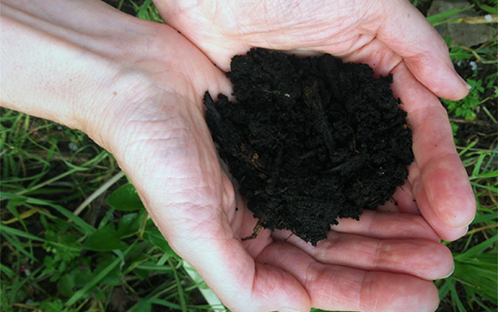 An Awesome, Under-Recognized Opportunity to Act on Climate

As a plant-lover I’ve always appreciated healthy soil, but it wasn’t until I heard a rancher named Richard King explain how rebuilding the organic matter in soils 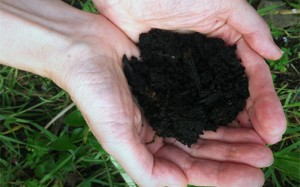 has the potential to store tons of atmospheric carbon that I got true religion. “You should do a TED Talk,” I gushed after his workshop at the California Climate & Agriculture (CalCAN) summit a few years ago. Since first meeting King, I’ve been preaching the multiple benefits of increasing soil’s capacity to store much of our excess carbon to anyone who will listen. And I’m not alone.

An emerging community of soil-carbon enthusiasts is working diligently to bring thought-leaders, policy-makers, and concerned citizens into our fold by offering a practical, empowering, and ultimately hopeful — albeit under-recognized — tool to address the climate crisis: rebuilding soil carbon.

We’re an eclectic, enthusiastic, and occasionally eccentric, bunch that includes global luminaries like Ohio State University’s Dr. Rattan Lal, Australia’s Dr. Christine Jones, and Zimbabwe’s Allan Savory; cutting-edge carbon ranchers like John Wick, Ridge Shinn, and Joe and Julie Morris; insightful (and delightful) authors Judith Schwartz, Cows Save the Planet, and Kristin Ohlson, The Soil will Save Us, as well as forward-thinking organizations including the Quivira Coalition, Biodiversity for a Livable Climate, the Carbon Underground, Kiss the Ground and of course, Center for Food Safety, the amazing organization where I work.

Our soils are in trouble. Ray Archuleta, an agronomist with the Natural Resources Conservation Service, tells us they are “naked, hungry, thirsty and running a fever.” There are many reasons for the sickly state of this life-supporting ecosystem, but essentially, humans have been undermining soil function by tilling it for thousands of years. In recent decades, we’ve also been actively poisoning the life in our soils with pesticides and other chemicals.

In his book Dirt: The Erosion of Civilizations, David Montgomery traces how the loss of soil fertility contributed to the collapse of entire civilizations, including the ancient Greeks, Romans and Mayans. In living memory, highly degraded soils led to the displacement of tens of thousands of American families during the Dust Bowls of the 1930s, and large-scale famine in West Africa’s Sahel region in the 1970s.

The global picture is alarming. Dr. Lal estimates that the world’s cultivated soils have lost between anywhere from 30-70 % of their original carbon stocks. Much of this carbon has oxidized upon exposure to air, as happens with tilling, to become CO2. Looked at another way, however, this colossal deficit represents a global opportunity to rebuild the carbon holding capacity of our soils.

Now is the time: the Food and Agriculture Organization declared 2015 “the International year of soils” to draw attention to the importance of rebuilding soil health. This important designation highlighting the role healthy soils play in food security, fresh water filtration and storage, and carbon sequestration provides an unprecedented opportunity to address multiple problems simultaneously.

North Dakota super-star farmers Gabe and Paul Brown exemplify the possibilities. Gabe Brown reports that when he and his wife purchased their ranch in the early 1990s, the soil had organic matter levels of less than two percent. In other words, it was starving. Using regenerative practices, including no-till and rotational grazing, while avoiding synthetic inputs like fertilizers, pesticides, and glyphosate, the father-son team has been able to triple the amount of organic matter in the soil. Today, Brown’s Ranch hums with life, reflecting a system underground that is complex, diverse and resilient. The increased organic matter allows soils on this 5,000 acre property to absorb and store thousands of gallons of fresh water, while holding many tons of carbon per acre. It’s a model for what’s possible and what my friend Richard King would call “a win-win, Baby.”

Ultimately, however, for the soil carbon movement to succeed, we must bring the power of biology to the climate conversation. This was the stated objective of Biodiversity for a Livable Climate’s inaugural conference at Tufts University and they delivered. All of the speakers including Tom Goreau, a Biogeochemist and coral reef expert, Dorn Cox of Farm Hack fame, and Precious Phiri, a Senior Facilitator with the Africa Centre for Holistic Management, made strong cases for a regenerative systems where we work with nature as our ally instead of perpetually against her as an adversary. By acknowledging nature’s astounding capacity for renewal, we can help turn the tide of planetary destruction and increase our resilience by adding more carbon where it does a world of good, in the soil.